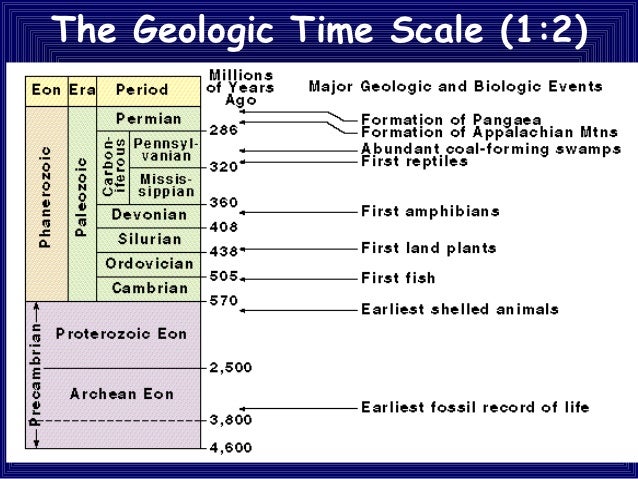 The geological column is used to date strata based on the relative ages of fossils found in the strata. The geological column is an abstract construction of the earth's history based on the ages of the fossils proposed by the idea of descent with modification. The fossils in the strata are used to determine relative dates, the simpler the fossil the older the fossil. Strata are dated based on the fossils found in them. The fossils are used to establish relative ages of the strata. As radioactive dating can not be used to date sedimentary rocks only igneous rocks , absolute dating of fossil bearing sedimentary rocks is impossible. Due to the believed irreversibility of evolution, scientists believe that "fossils offer an unambiguous timescale for relative age determinations.